Fenway–Kenmore is an officially recognized neighborhood of Boston, Massachusetts, it may be home to “America’s  most beloved ballpark,” but Bostonians know that there’s a lot more to the neighborhood then the iconic home of the Boston Red Sox. The 1.24 square mile neighborhood is bursting with vitality thanks to a unique blend of cultural institutions, universities, and the natural beauty bestowed by the Emerald Necklace - a chain of parks linked by parkways and waterways that spreads through Fenway/Kenmore and beyond.  While it is considered one neighborhood for administrative purposes, it is composed of numerous distinct sections (East Fenway, West Fenway, Audubon Circle, Kenmore Square) that, in casual conversation, are almost always referred to as "Fenway" "the Fenway," "Kenmore Square," or "Kenmore."

Fenway is named after the Fenway, the main thoroughfare, laid out by Frederick Law Olmsted. As of the 2010 Boston Redevelopment Authority Census, Fenway–Kenmore's population was 40,898, while its land area was defined to be 1.24 square miles (3.2 km2).

The neighborhood is ringed by the MBTA Orange Line Ruggles subway station and the following MBTA Green Line trolley stops:

Yawkey Station on the Framingham/Worcester Line of the MBTA Commuter Rail is located near Fenway Park and Kenmore Square and provides limited inbound and outbound stops for commuters during rush hour. Fenway–Kenmore is also served by a number of MBTA buses connecting it to the city proper and the surrounding neighborhoods and communities. 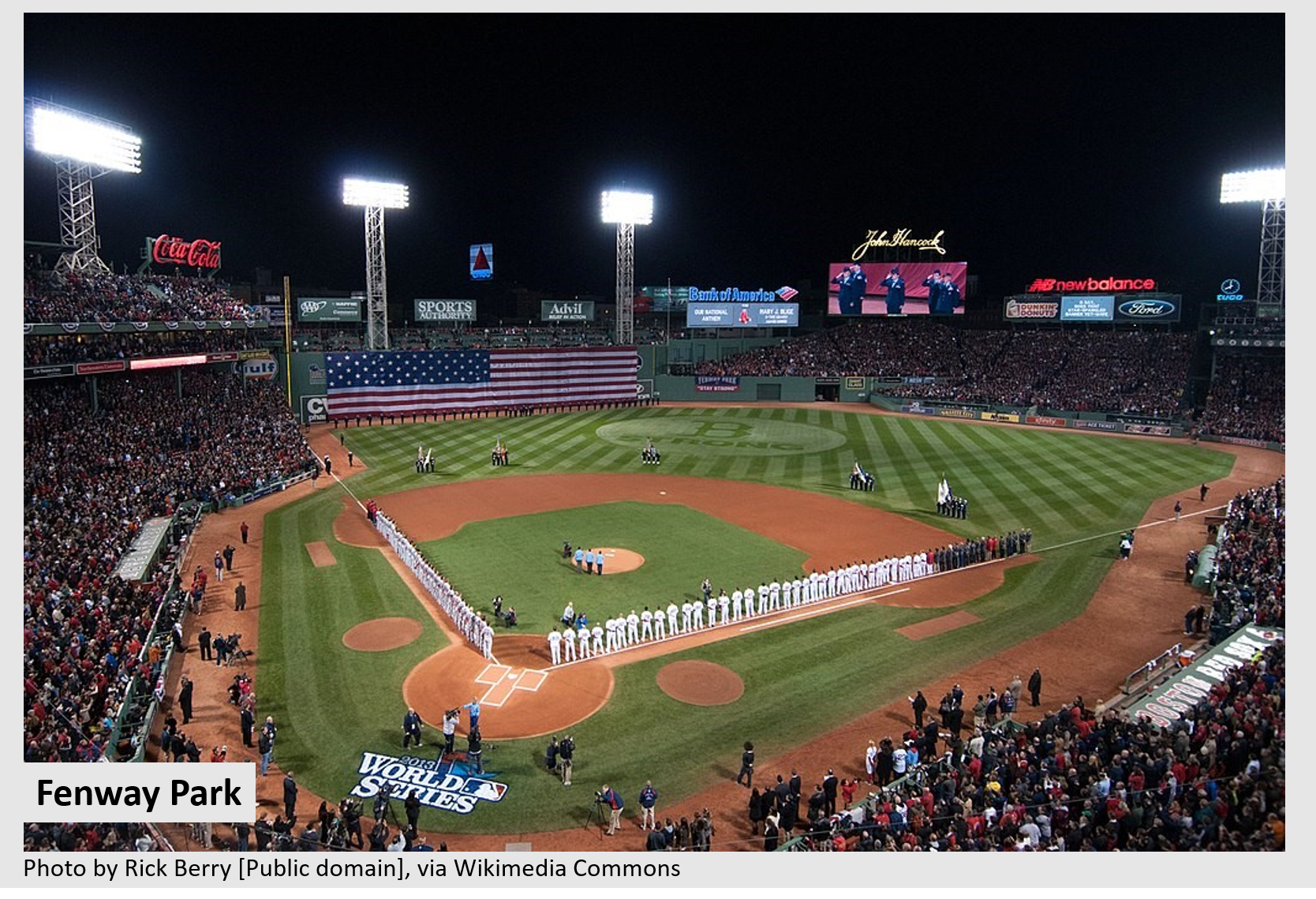 Fenway Park is a baseball park located in Boston, Massachusetts near Kenmore Square. Since 1912, it has been the  home for the Boston Red Sox, the city's American League baseball team, and since 1953, its only Major League Baseball (MLB) franchise. It is the oldest ballpark in Major League Baseball. It has hosted the World Series ten times, with the Red Sox winning five of them, and the Boston Braves winning one. Besides baseball games it has been the site of many other sporting and cultural events including professional football games for the Boston Redskins, Boston Yanks, and the Boston Patriots; concerts; soccer and hockey games (such as the 2010 NHL Winter Classic); and political and religious campaigns. 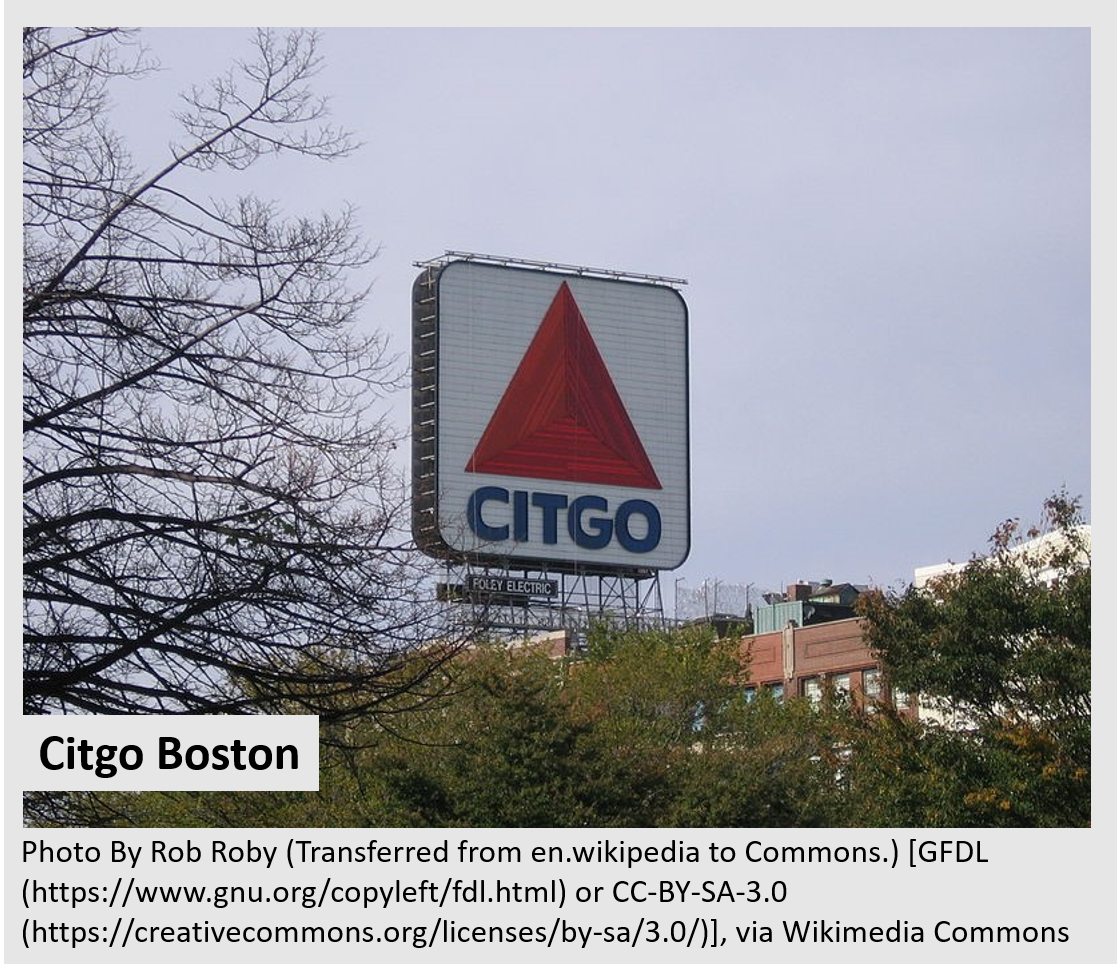 The famous Boston Citgo sign is a large, double-faced sign featuring the logo of the oil company Citgo that  overlooks Kenmore Square in Boston. The sign was installed in 1940 and updated with Citgo's present logo in 1965. The sign has become a landmark of Boston through its appearance in the background of Boston Red Sox games at Fenway Park. In 2016, the Boston Landmarks Commission granted preliminary landmark status to the sign to study whether the sign should receive historic preservation protection as a Boston Landmark. 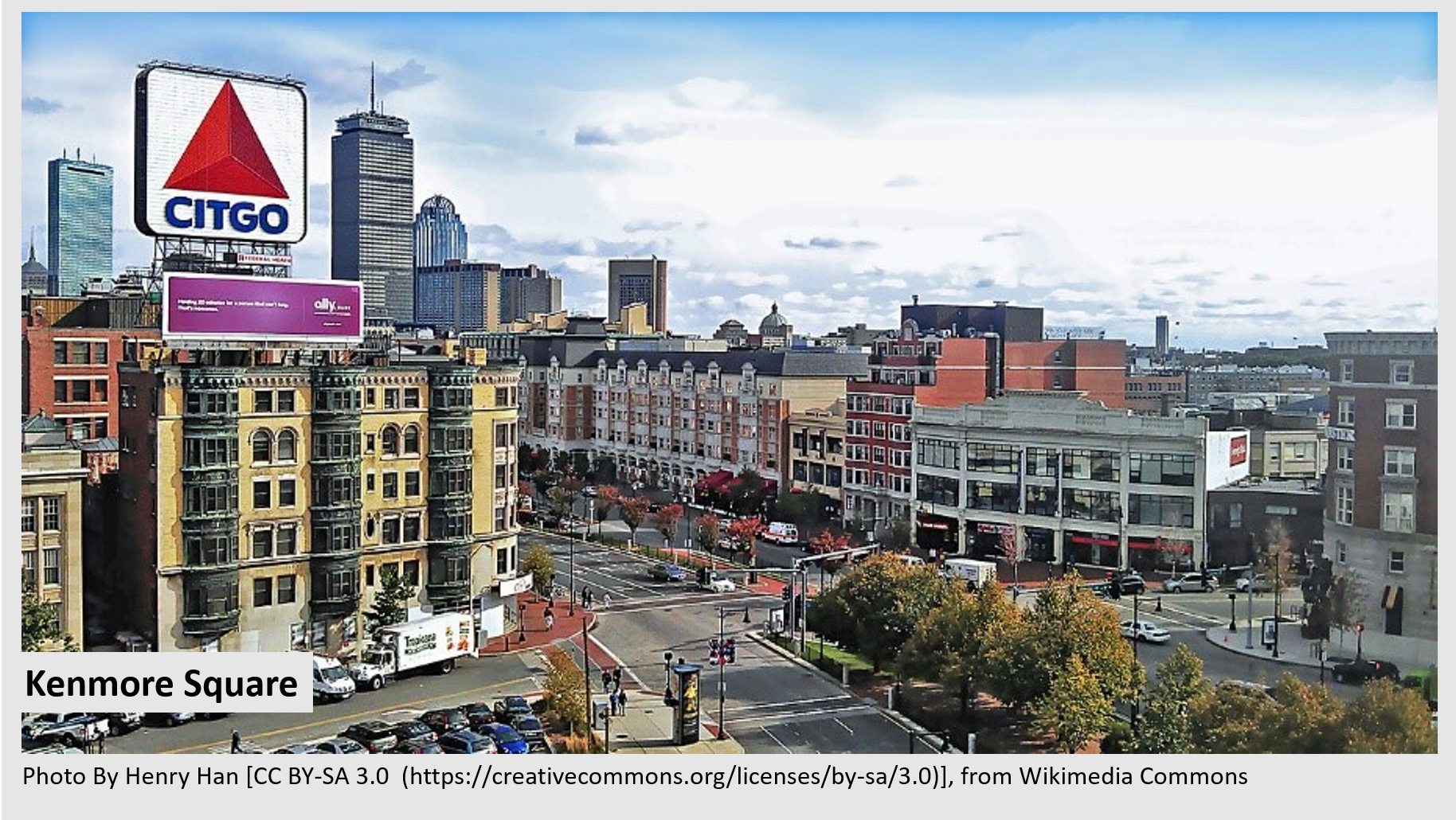 Kenmore Square is a square in Boston, Massachusetts, United States, consisting of the intersection of several main  avenues (including Beacon Street and Commonwealth Avenue) as well as several other cross streets, and Kenmore Station, an MBTA subway stop. Kenmore Square is close to or abuts Boston University and Fenway Park, and it features Lansdowne Street, a center of Boston nightlife, and the Citgo sign. It is also the eastern terminus of U.S. Route 20, the longest U.S. Highway 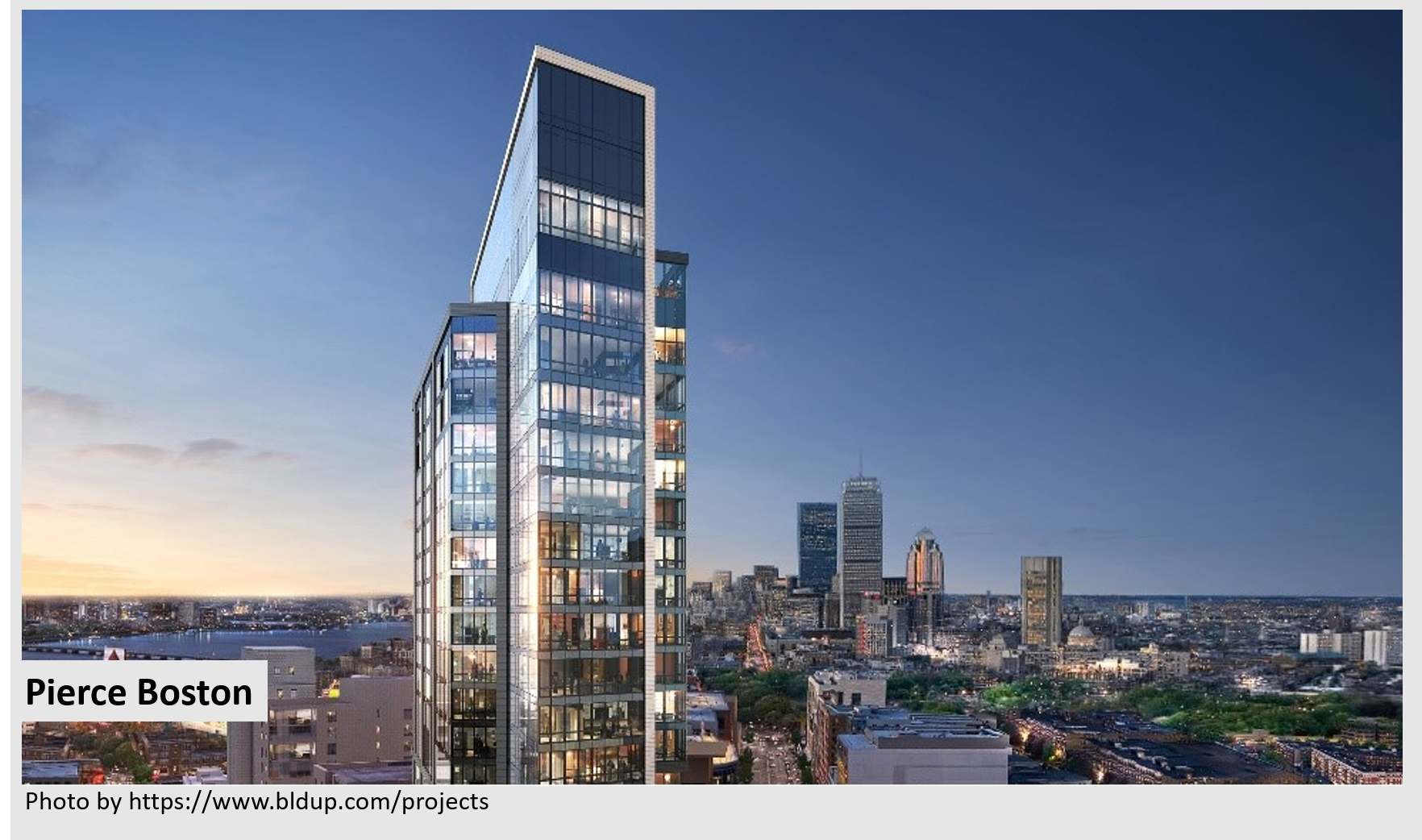 This behemoth project had to top our list, mostly because it’s one of the most prominent new construction projects in all of Boston. Here are the details of what this 30-story luxury tower will contribute to luxury real estate in Fenway/Kenmore: 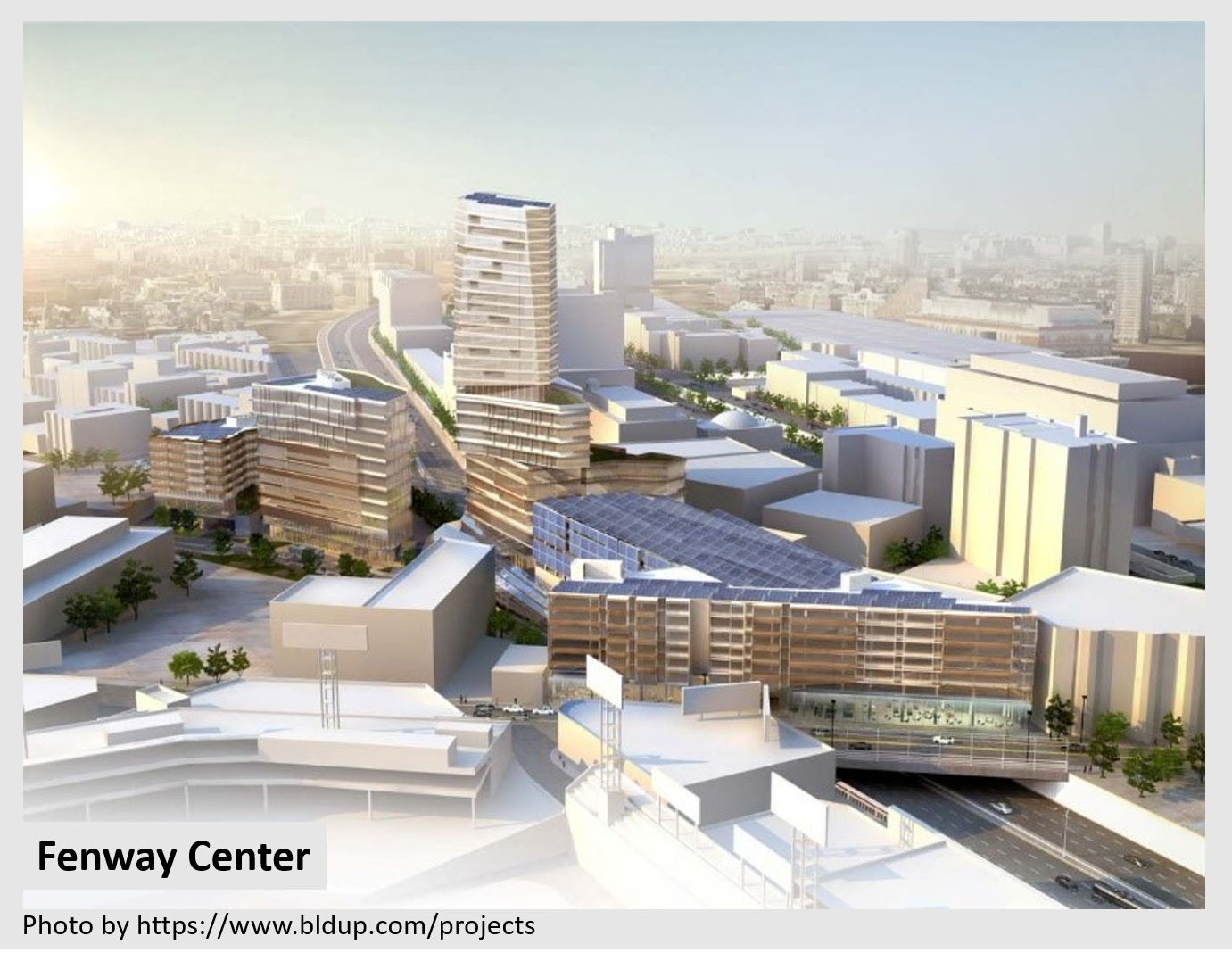 Another massive project underway in the neighborhood is Fenway Center in Kenmore Square.  The project will be constructed in two phases, with phase one expected to be completed in early 2020.  Here’s what this 1.1 million-square-foot development project will include: 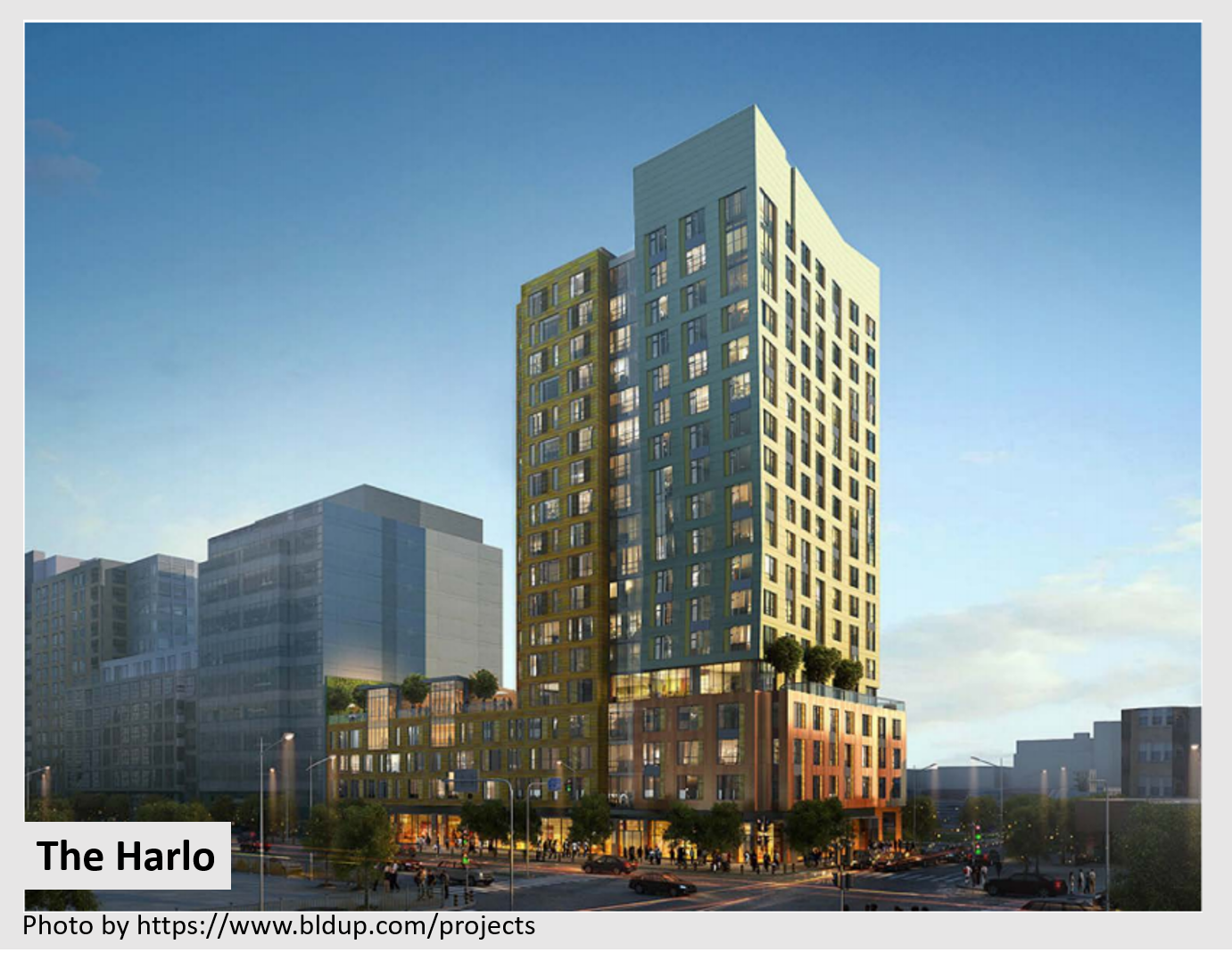 This 17-story, recently completed building offers luxury apartments to rent in Fenway/Kenmore.  With a convenient location, The Harlo “connects historic legacy with modern city living.”  Here are the features: 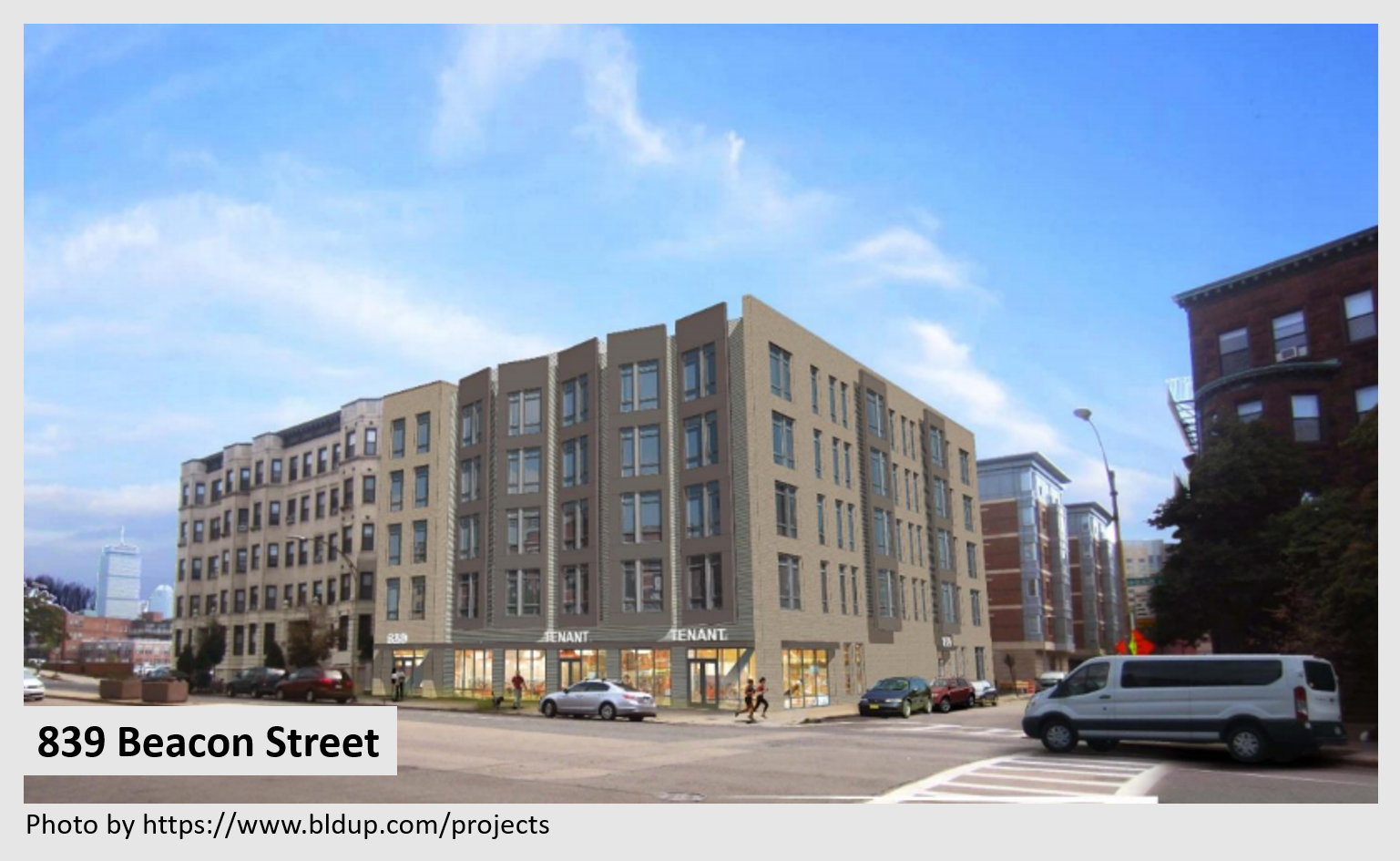 Located steps from Kenmore Square, the upcoming apartments at 839 Beacon will have modern amenities but a classic brick-and-bay townhouse look.  These Kenmore Square rentals will also have: 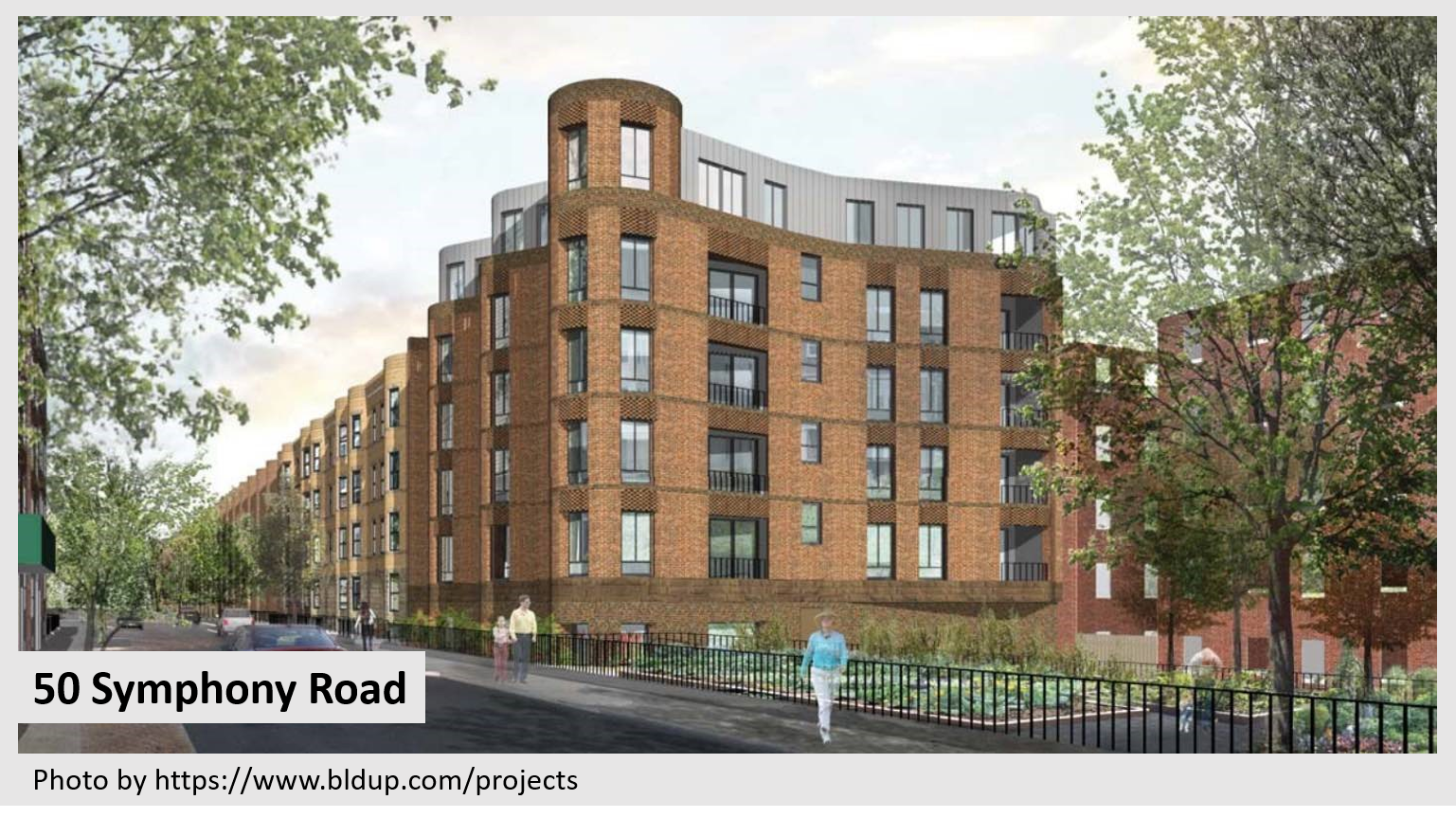 This recently approved building will include modern-contextual design and 20 condominiums for sale in Fenway.  Here are the details: 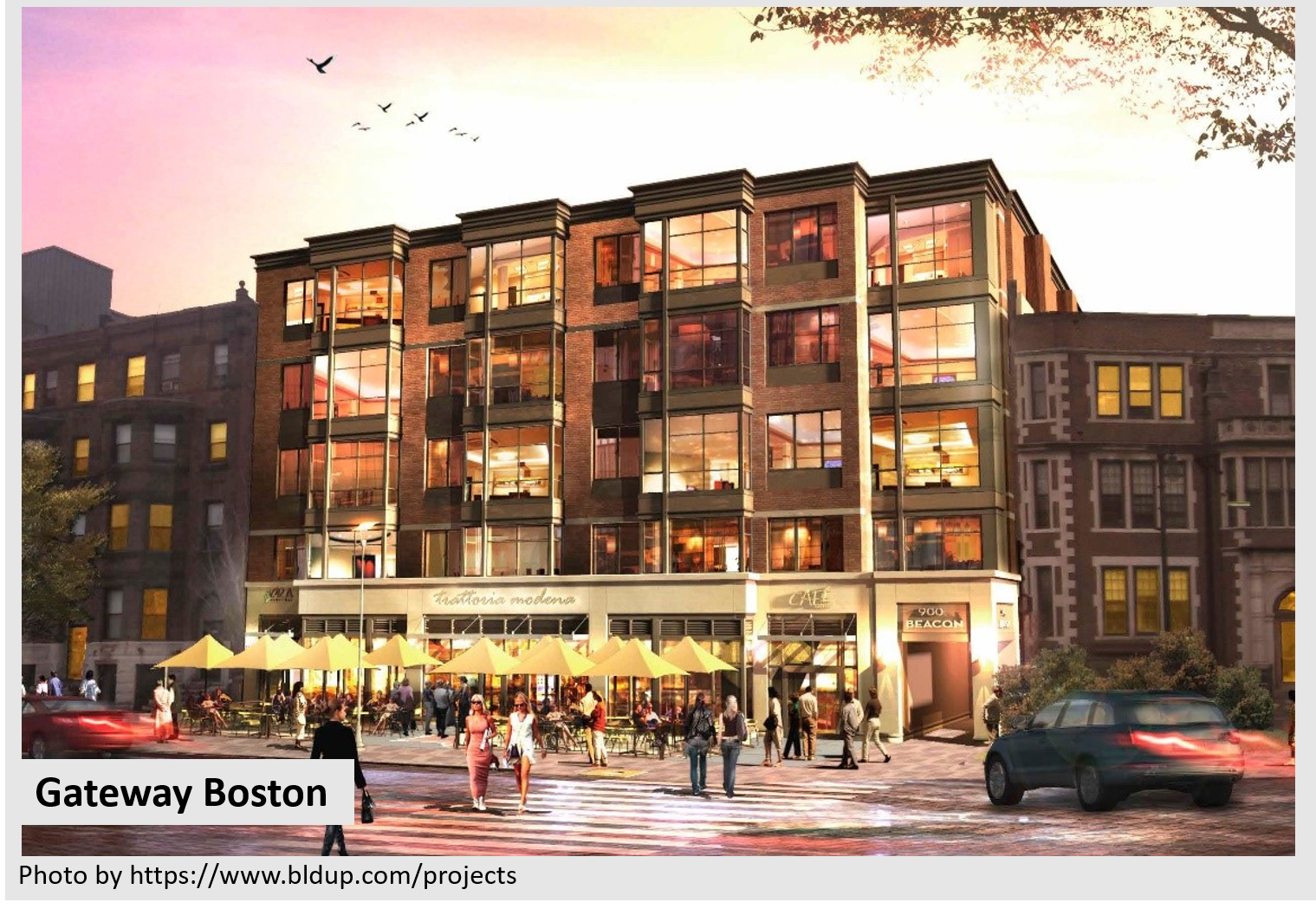 These high-end apartments in Fenway were completed a little over a year ago, but are a great option for renting in Boston.  The building is right in the heart of the Fenway neighborhood, and offers: