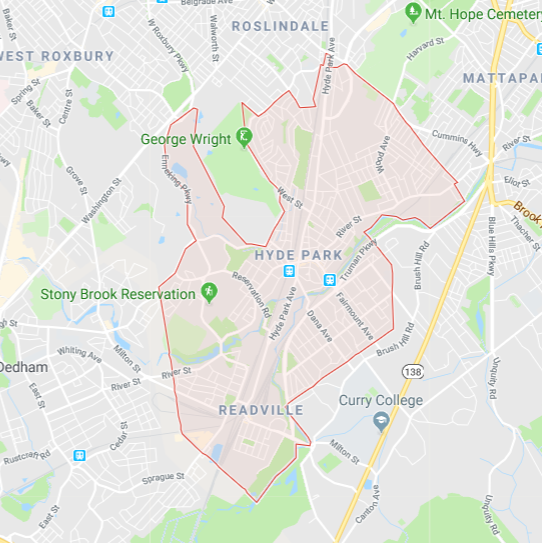 Hyde Park is the southernmost neighborhood of Boston, Massachusetts, United States. It is home to a diverse range of people, housing types and social groups. It is an urban location with suburban characteristics

It has taken the motto "A Small Town in the City" because of its suburban feel. It was the only town annexed by majority vote of the residents into the City of Boston. The area was established in the 1660s and grew into a hub of paper and cotton manufacturing in the eighteenth century. 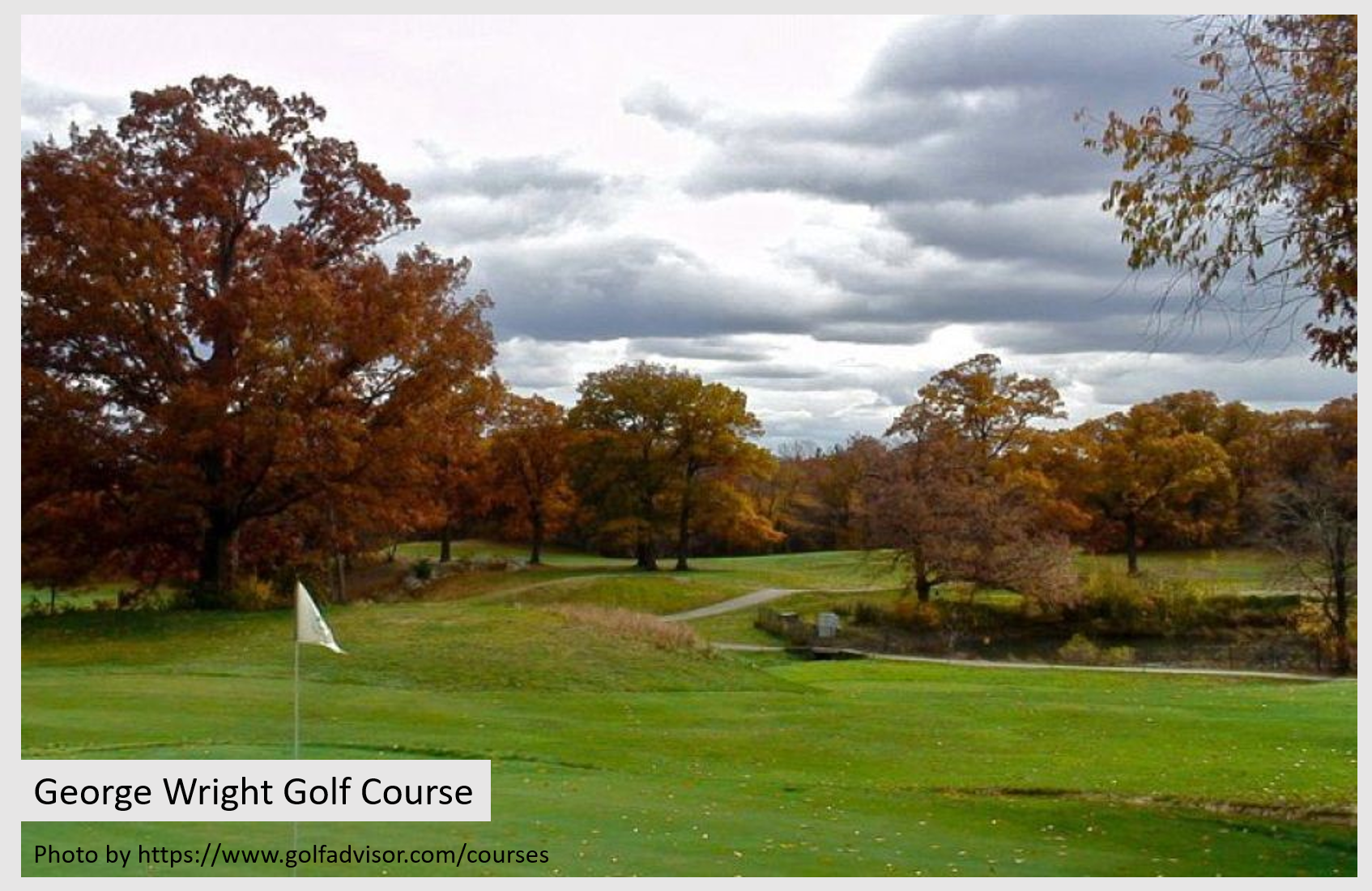 The Cleary and Logan Square business districts are along Hyde Park’s main streets, which include:

The George Wright Golf Course is one of the two public courses in the area. City residents flock there in the spring and summer. Former Mayor Thomas M. Menino was also a lifelong resident of Hyde Park.

Boston Public Library operates the Hyde Park Branch Library, which won an AIA architectural prize. Ground breaking for the Hyde Park Town Library occurred in December 1898; construction was completed and the building opened in September 1899. In 1912, the library became part of the Boston Public Library after Hyde Park was annexed by Boston. In 1997, ground was broken for an addition and renovation of the original portion of the facility. A grand reopening ceremony, attended by Mayor of Boston Thomas M. Menino, occurred in January 2000. The library received the 2006 Best Accessible Design Award in May of that year.

The MBTA Commuter Rail's Fairmount shuttle to Readville is Hyde Park's most direct connection with downtown Boston, servicing both the Fairmount and Readville stations. The Providence/Stoughton branch also stops at Hyde Park station in Cleary Square, and the Franklin branch has scheduled stops at all three stations, while servicing mainly the one at Readville. Additionally, several MBTA bus routes (numbers 24, 32, 33 and 50) through Cleary and Logan Squares provide connections to the Orange and Red Lines, at Forest Hills station in Jamaica Plain and Mattapan station in Mattapan respectively. Hyde Park has no subway stations. 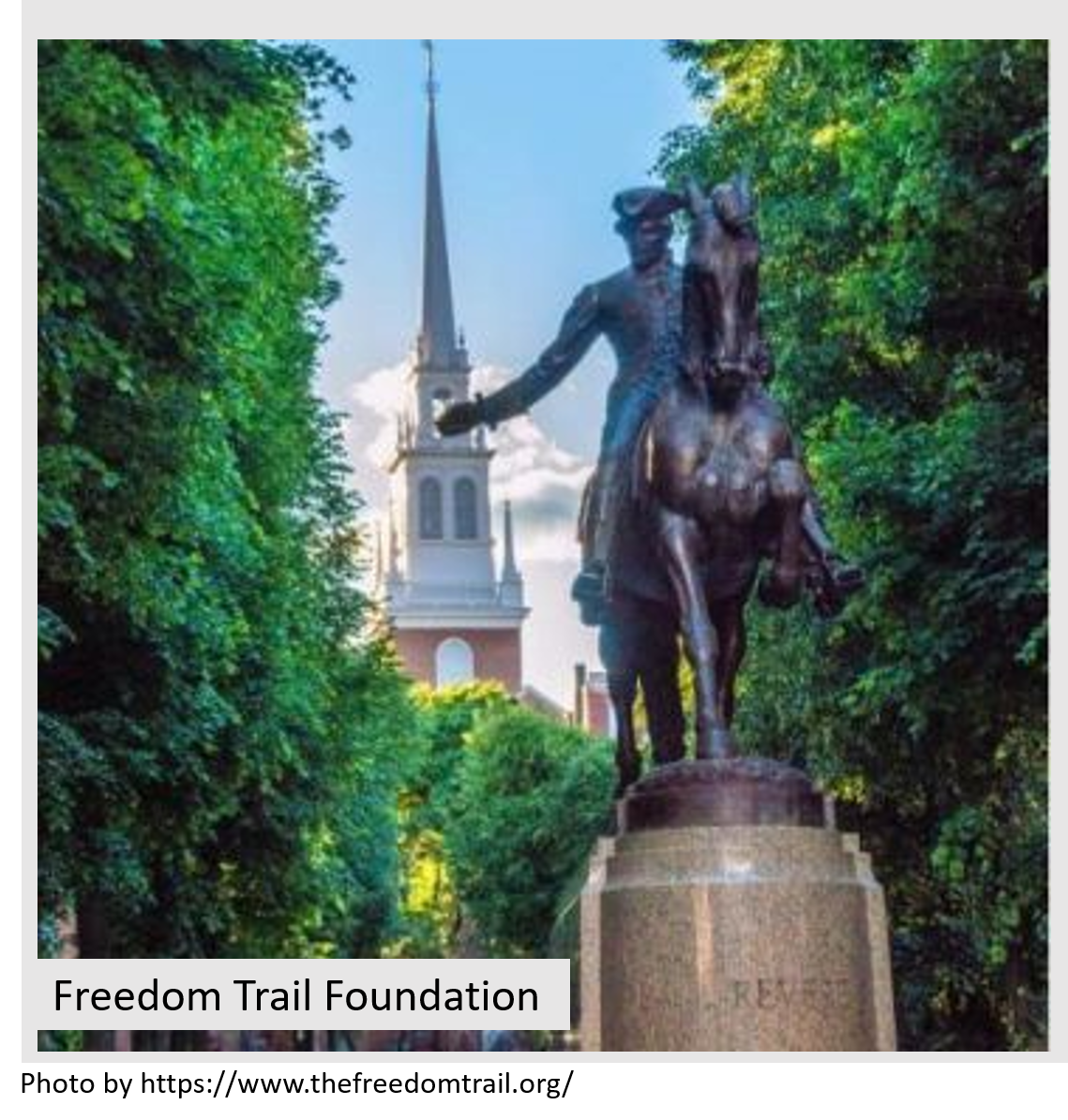 The Freedom Trail is a unique collection of museums, churches, meeting houses, burying grounds, parks, a ship, and historic markers that tell the story of the American Revolution and beyond. 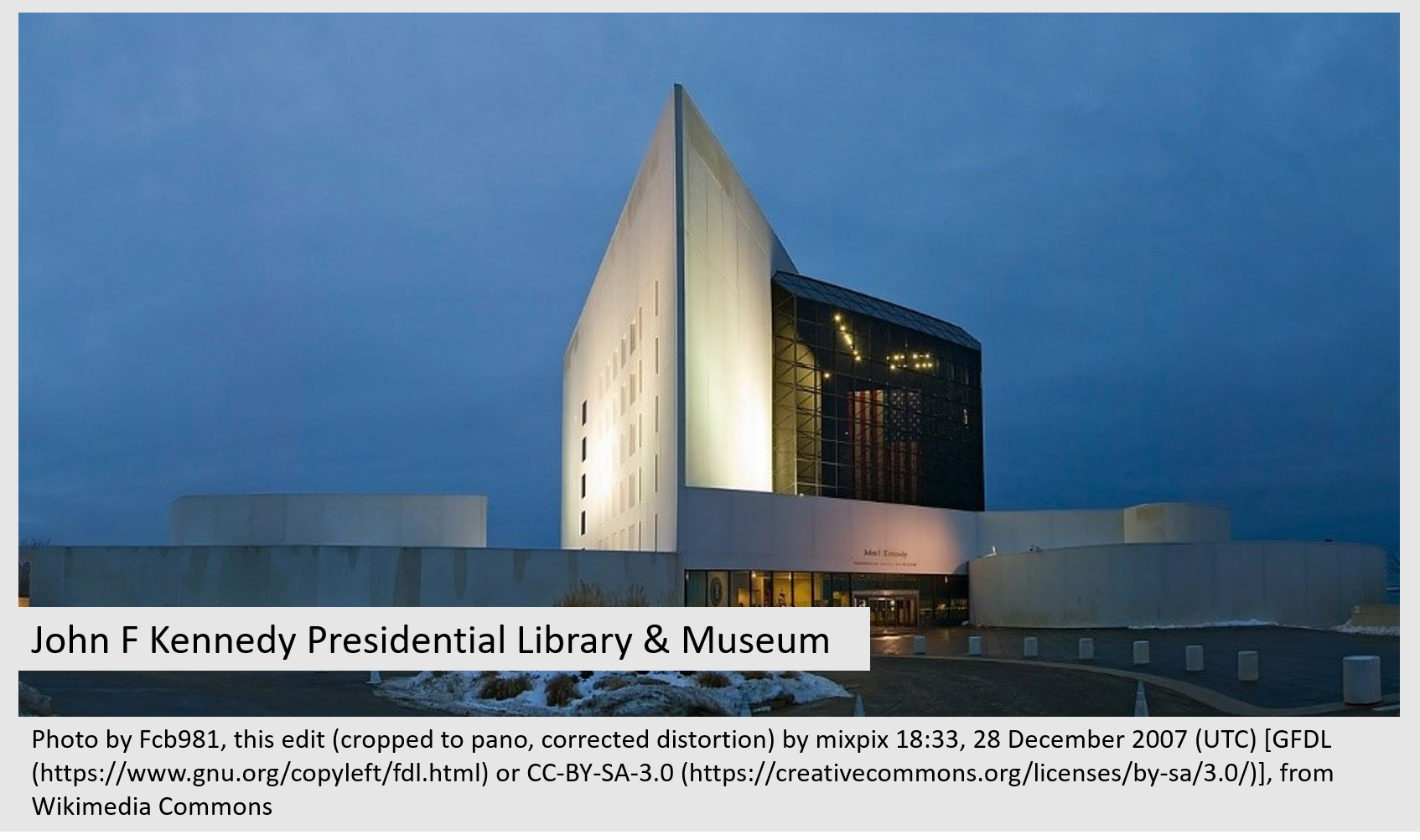 The presidential library and museum of John Fitzgerald Kennedy (1917–1963), the 35th President of the United States (1961–1963). The library and museum is part of the Presidential Library System, which is administered by the Office of Presidential Libraries, a part of the National Archives and Records Administration (NARA). The library and Museum were dedicated in 1979 by 39th President Jimmy Carter and members of the Kennedy family. It can be reached from nearby Interstate 93 or via shuttle bus or walk from the JFK/UMass stop on the Boston Subway's Red Line.

At Rock Spot Climbing, they welcome climbers of all ages and all abilities to their indoor climbing facilities        across south eastern New England.

Approved conversion of an existing vacant 3-story building, formerly home to a nursing home, into 46 apartment residences including 26 one-bedroom units, 8 one-bedroom plus den units and 12 two-bedroom units. 6 residences will be designated affordable. Resident amenities at 735 Truman Parkway will include a common outdoor patio. 62 surface parking spaces will be provided on site for residents. 735 Truman Parkway is located in Hyde Park's walkable Cleary Square steps to two commuter rail stations. 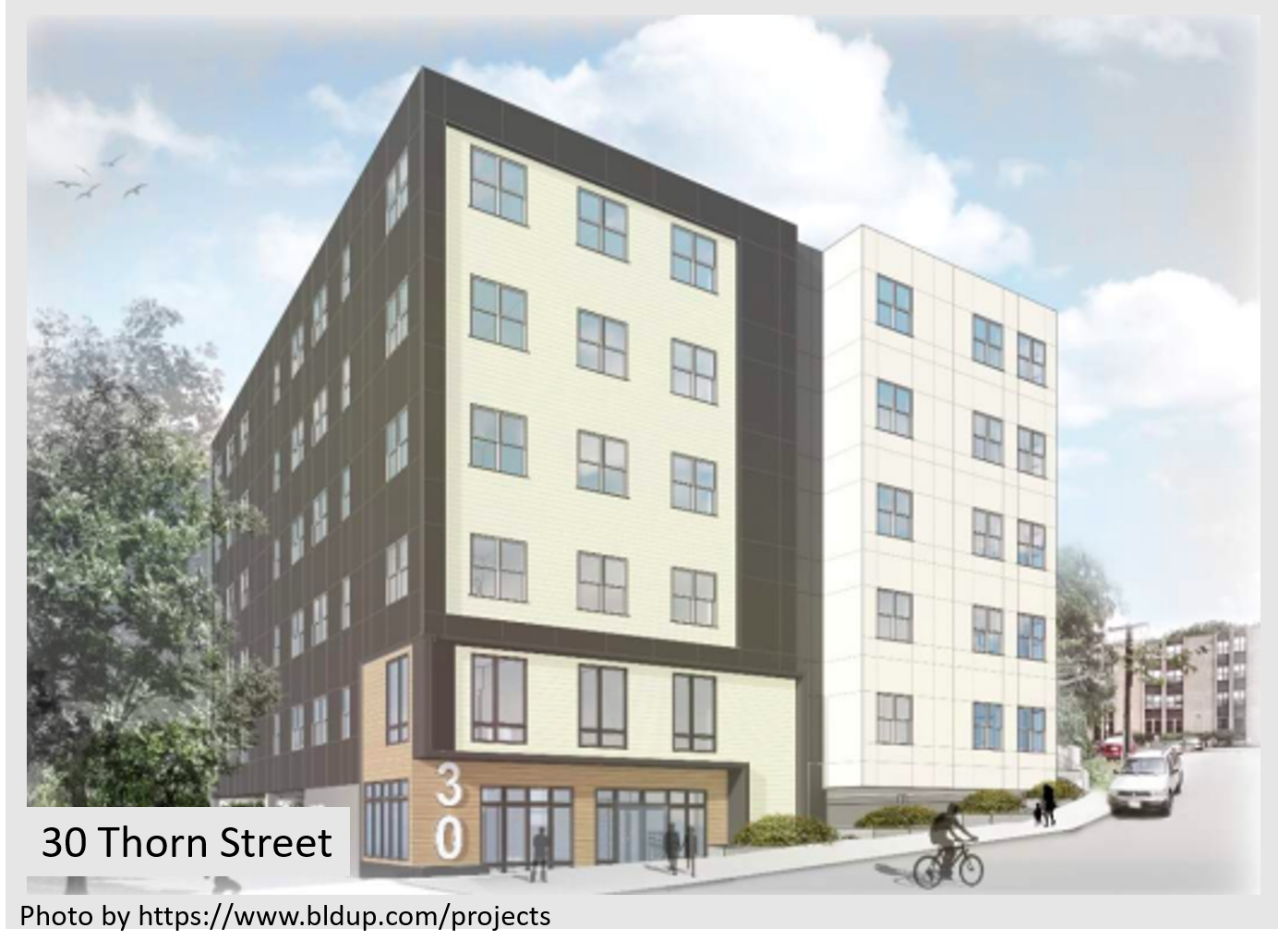 Approved development of a 10,821 square-foot vacant and under-utilized parcel of land on Thorn Street in Hyde Park. The proposed project will include the construction of a new 6 storybuilding of approximately 38,760 gross square feet containing 45 residential units and 21 parking spaces. Unit sizes are set to range from studios to three bedrooms.

The Residences at Fairmount Station 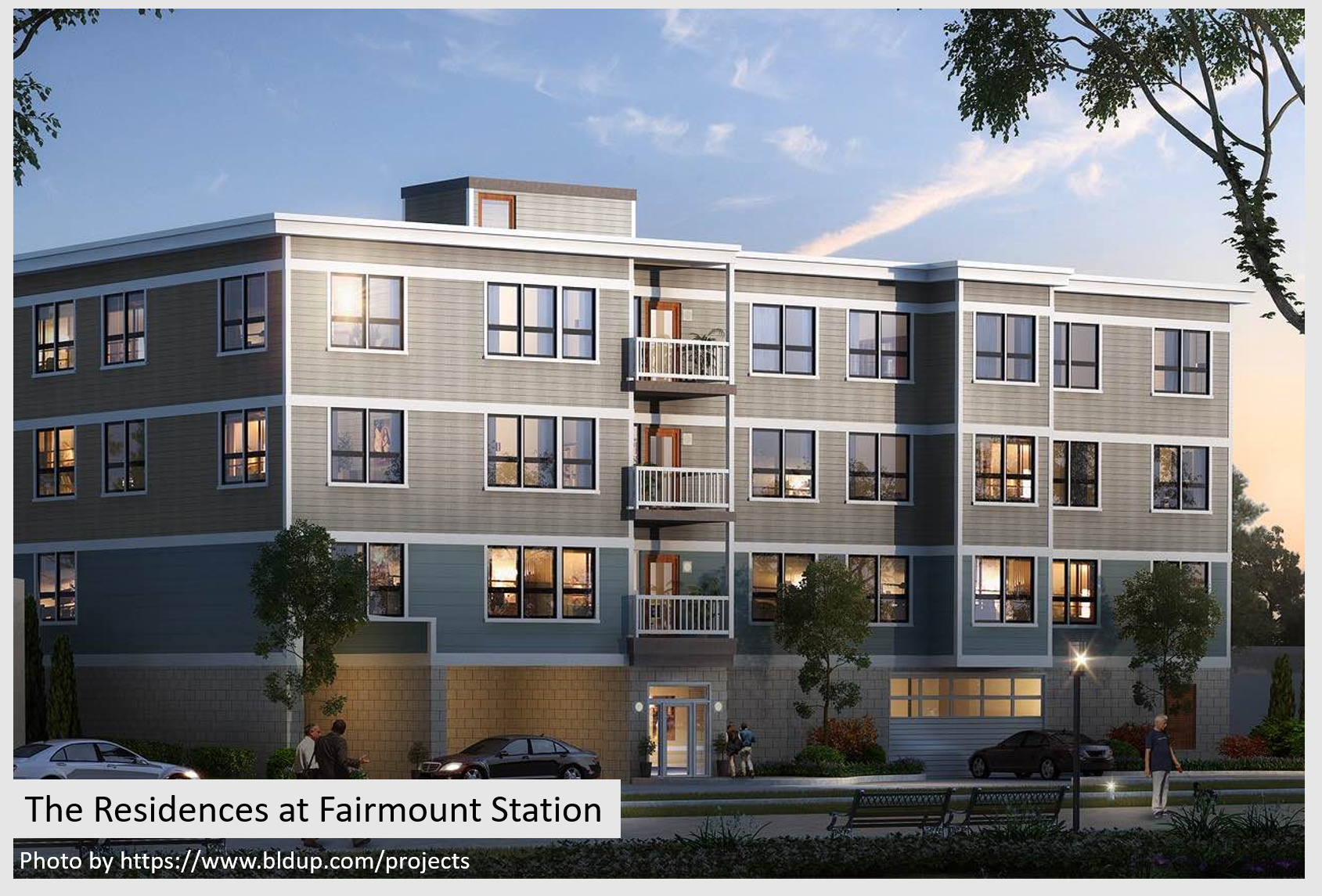 New four-story building located next to the Fairmount MBTA commuter rail station containing 27 mixed-income residential rental apartments. Units include 3 studios, 3 one bedrooms, 16 two-bedrooms, and 5 three-bedrooms. 24 units will be rented to households earning no more than 60% of area median income (AMI), and 3 units will be rented at market rate. 6,000 square feet of child play space and green space will be located at The Residences at Fairmount Station for resident use. A 585-square-foot public community room and a parking garage containing 27 vehicle spaces will be located on the building's ground floor. 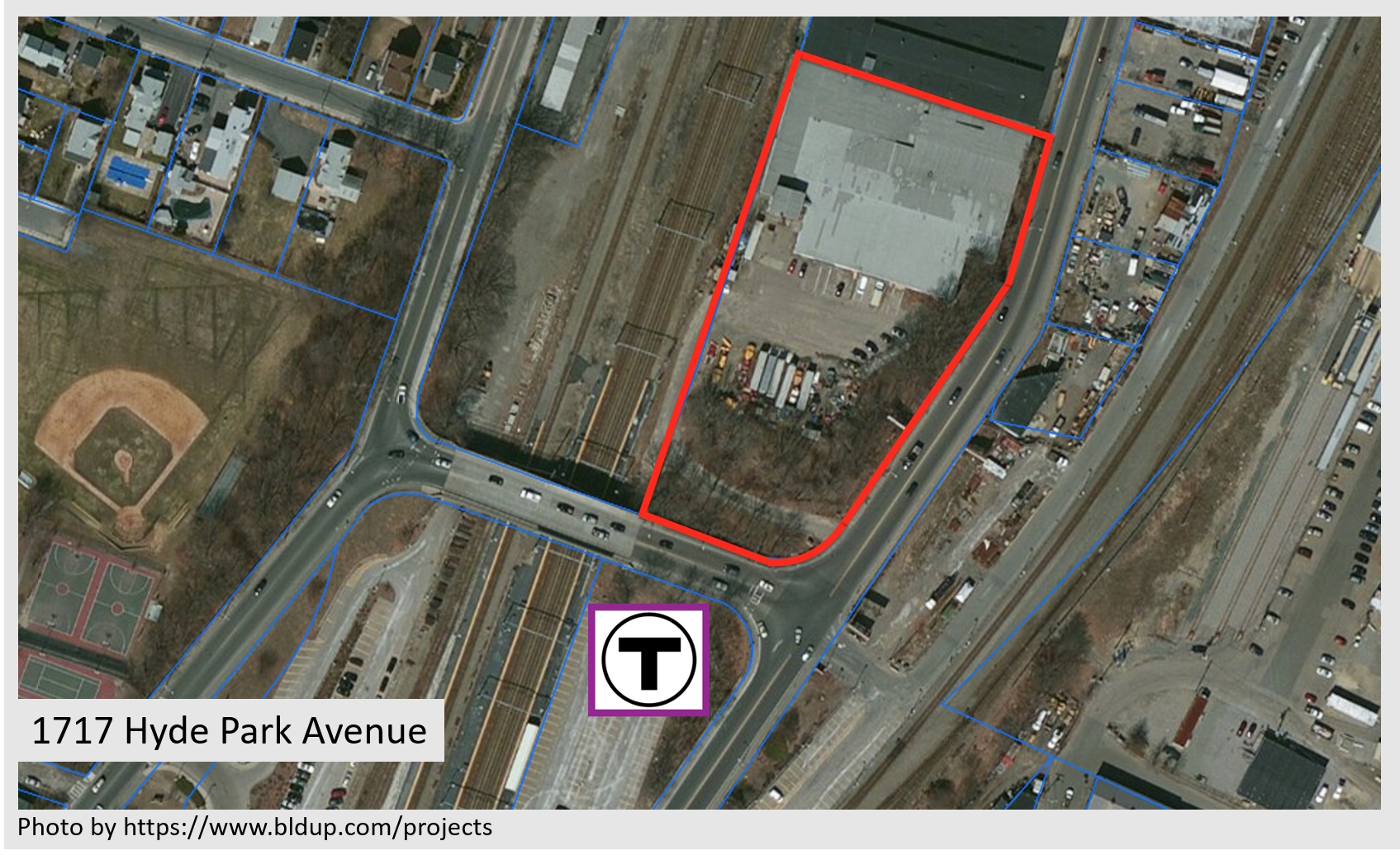 The property is a 119,034 square foot industrial-zoned parcel currently occupied by Orleans Packing Company. The proposed redevelopment program includes the construction of approximately 300 residential units in two new buildings, providing a mix of rental and homeownership, with accessory parking spaces, amenities, and services for building residents. It is located next to the Readville transit station on the MBTA Fairmount Line with direct service to downtown Boston.